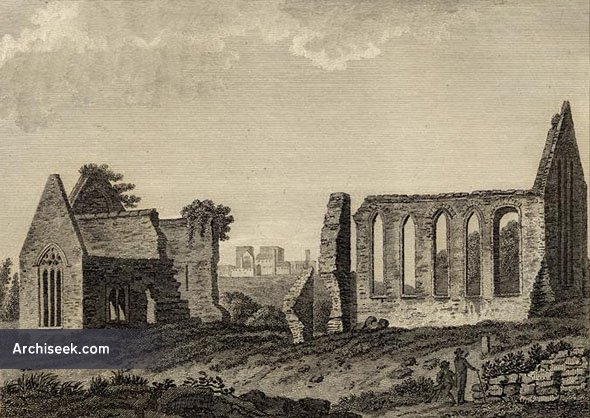 ‘Hacket’s Abbey’ was founded by Sir William Hacket about 1265. Despite the fact that the Anglican archbishop got possession of the friary at the Suppression, the friars were able to remain on until about 1550. In the background of the illustration can be seen the ruins of the Cistercian Hore Abbey. Nothing now remains of the abbey, bar some fragments of stone. The present Catholic parish church is on the site of the medieval friary.