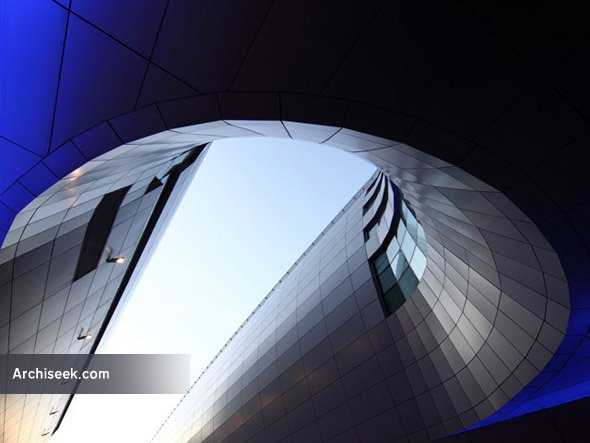 Providing Dublin airport with a 75,000m2 second terminal was always going to be a squeeze. The site is boxed in on three sides by other buildings and the runway, while the main access road runs along the fourth side. Architect Pascall + Watson’s design creates space by straddling the road with a 45m-wide bridge, linking the check-in building on one side with the arrivals and departures halls on the other. While this had a lot of advantages, says architect Paul Ruggles, it did leave the problem of how to unite the three volumes.

The answer was to use curving roof forms which sweep down to screen the road while flowing seamlessly into the bridge. “It meant the buildings were turning their backs on the road where there was noise and fumes,” says Ruggles. “We could also glaze the front of the north-facing check-in building and glaze the airfield end of the main terminal building to give views out.”

But these intersecting curves had to be relatively simple to build, given that the construction programme was a tight 34 months. This was the challenge for structural engineer Arup. The check-in hall was particularly difficult as its roof has a double curvature. One option was to design it as a shell or space frame. This is an economic use of materials but only works structurally when all the key components are in position.