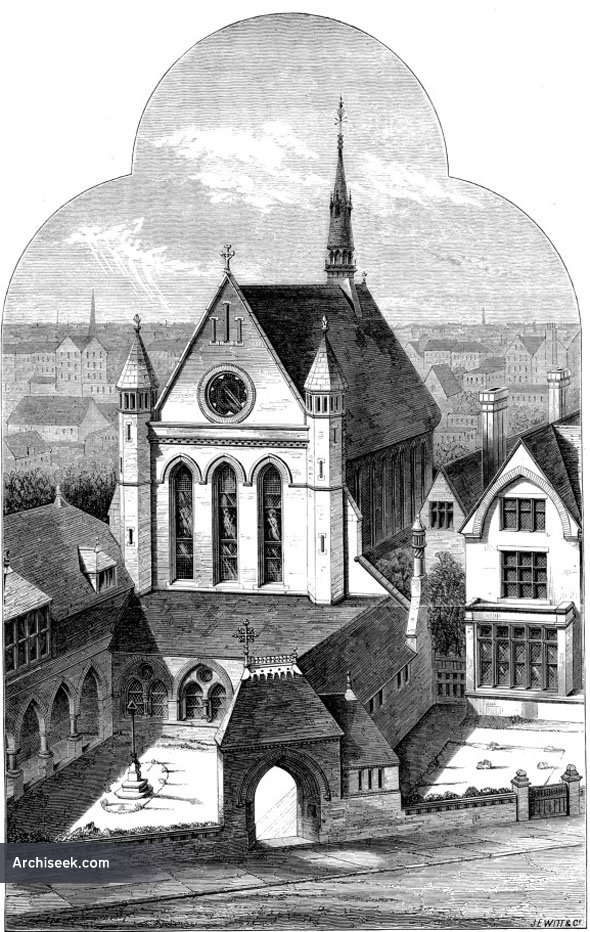 The Catholic Apostolic Church was a splinter group of Anglo-Catholics in the later part of the 19th century. There is a tiny cloister and numerous church rooms as required by them. The church behind was quite large but was bombed in 1941. Part of the nave is now a small courtyard. The Catholic Apostolic Church had a congregation here until 1961 but The Greek Orthodox Church took it over in 1963 and bought it in 1977. It is now St Mary’s Cathedral of the Greek Orthodox Church. Published in The Builder, July 21st 1877.