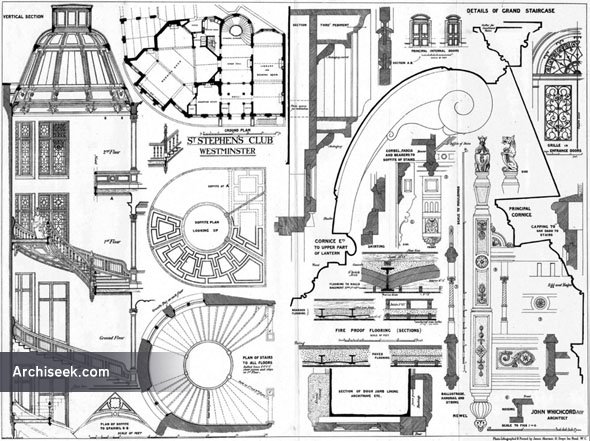 The Club was founded in 1870 under the patronage of Benjamin Disraeli, later Earl of Beaconsfield, as a convenient meeting place for Conservative Members of Parliament close to the House. Itremained in its original premises, overlooking the Thames opposite the Palace of Westminster, and linked to it by an underground passageway, until they were acquired by the Government in 1960 to expand the Palace of Westminster. Tclub moved to its present address, 34 Queen Anne’s Gate, the former private house of Lord Glenconner, in 1962. The original building still stands substantially unaltered, and provides overflow offices for Members of Parliament. Elevations, section plans & details published in The Building News, September 17th 1875.