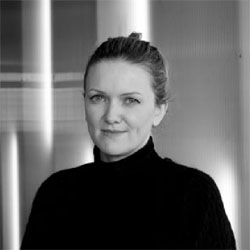 Michelle Fagan of FKLarchitects has been elected as the RIAI President for the period 2012/13. Michelle is a former Vice President of the RIAI (2008/9/10) and has served on Council for many years as well as on the Practice Sub Committee for Procurement. “I am honoured, excited and somewhat daunted to be taking on the role of President of the RIAI”, says Michelle Fagan. “For me the role of the President is to communicate and facilitate; to communicate to the members the importance of the Institute and the good work it does for them; and to communicate to the public the importance of architecture to their quality of life and the skills that the profession provides.”

Fagan plans to facilitate the processes necessary to make this happen and during her Presidency would like to open discussions about methods for engaging the public, for becoming essential to our communities, and how to build on what we have learned from initiatives such as Simon Open Door and Open House. “I would like to focus on how we can encourage and support a general practice model and to encourage architects to become embedded in their communities culturally and politically.The RIAI, its members, the Council and the President are there to promote and support them. As a profession we must support each other, be proud of ourselves and have the courage of our convictions.”

Michelle has been running award-winning FKLarchitects in Dublin with partners Paul Kelly and Gary Lysaght for 13 years. She has been in the frontline of current challenges to SMEs and the profession and has spoken extensively on the topic including at the RIAI Annual Conference 2010, Plan Expo Green and darc space. Coinciding with last year’s RIAI Annual Conference, she devised the 3Twenty10 research competition, which invited architects to put forward solutions to the many problems facing us in the built environment.

Michelle Fagan set up FKLarchitects with Paul Kelly and Gary Lysaght in 1989. The practice is committed to a contemporary design aesthetic and has curated the Irish exhibition in the 2006 Venice Biennale. A graduate of DIT Bolton Street, Michelle Fagan worked in Dublin, Frankfurt and Berlin before setting up FKLarchitects. She has been Assessor of the RIAI Travelling Scholarship and served as guest critic at both DIT and UCD School of Architecture.