Gutted cathedral to rise from ashes 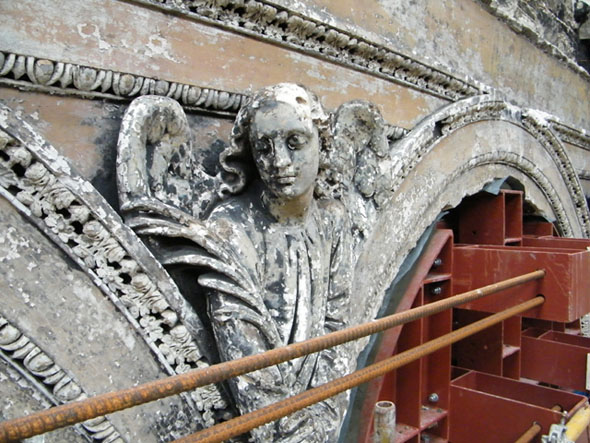 A landmark cathedral, ruined by fire on Christmas Day 2009, is to rise from the ashes over the next five years as part of a multi-million euro project. The Bishop of Ardagh and Clonmacnoise, Colm O’Reilly, yesterday announced that a contract had been signed with a design team of top-level architects to restore St Mel’s Cathedral in Longford town.

A packed congregation of 700 worshippers attending Sunday Mass in a temporary chapel in the gym of the nearby St Mel’s College applauded as Dr O’Reilly named Dr Richard Hurley, a distinguished church architect, as the lead designer in alliance with Colm Redmond, of FitzGerald, Kavanagh and Partners. The historic cathedral, which was founded by Bishop William O’Higgins in 1840, was rated as a gem of Irish building, with critics acclaiming its interior to be “one of the most beautifully conceived classical spaces” in the country.

Today is the feast day of St Mel, the diocesan patron saint, and Dr O’Reilly said that each year on the Sunday closest to February 7, he would give updates on the progress of the restoration. The 76-year-old bishop said that an annual restoration collection would be held on the Sunday closest to St Mel’s feast day, as it was “the people’s cathedral and it would be restored by the people”.