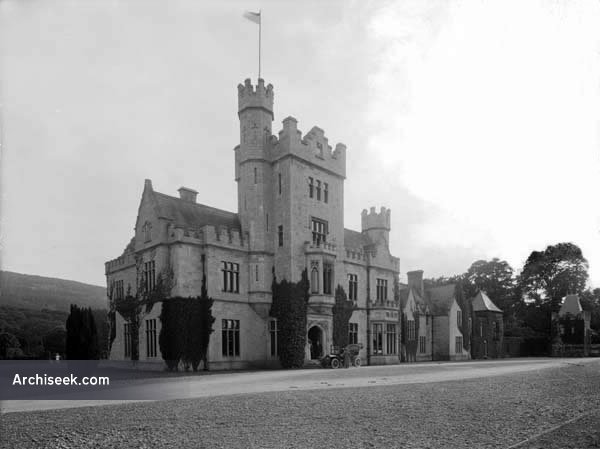 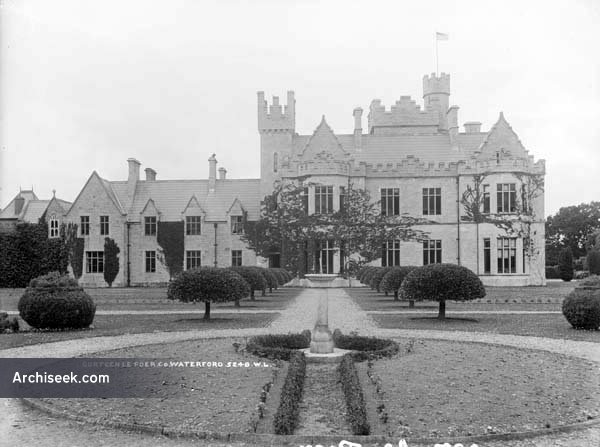 Constructed for Edmond de la Poer, whose family has held land here from Norman times. Construction commencing in 1863, and was completed in 1866, to designs by Samuel Ussher Roberts. Roberts was a great-grandson of architect John Roberts, and a successful architect and engineer, eventually becoming Commissioner of Public Works. One of the finest Elizabethan Revival houses in Ireland, the entrance facade is dominated by the square tower with attached polygonal turret. Total cost of construction was approx. £10,000. The house remained in the de la Poer family until the late 1980s. 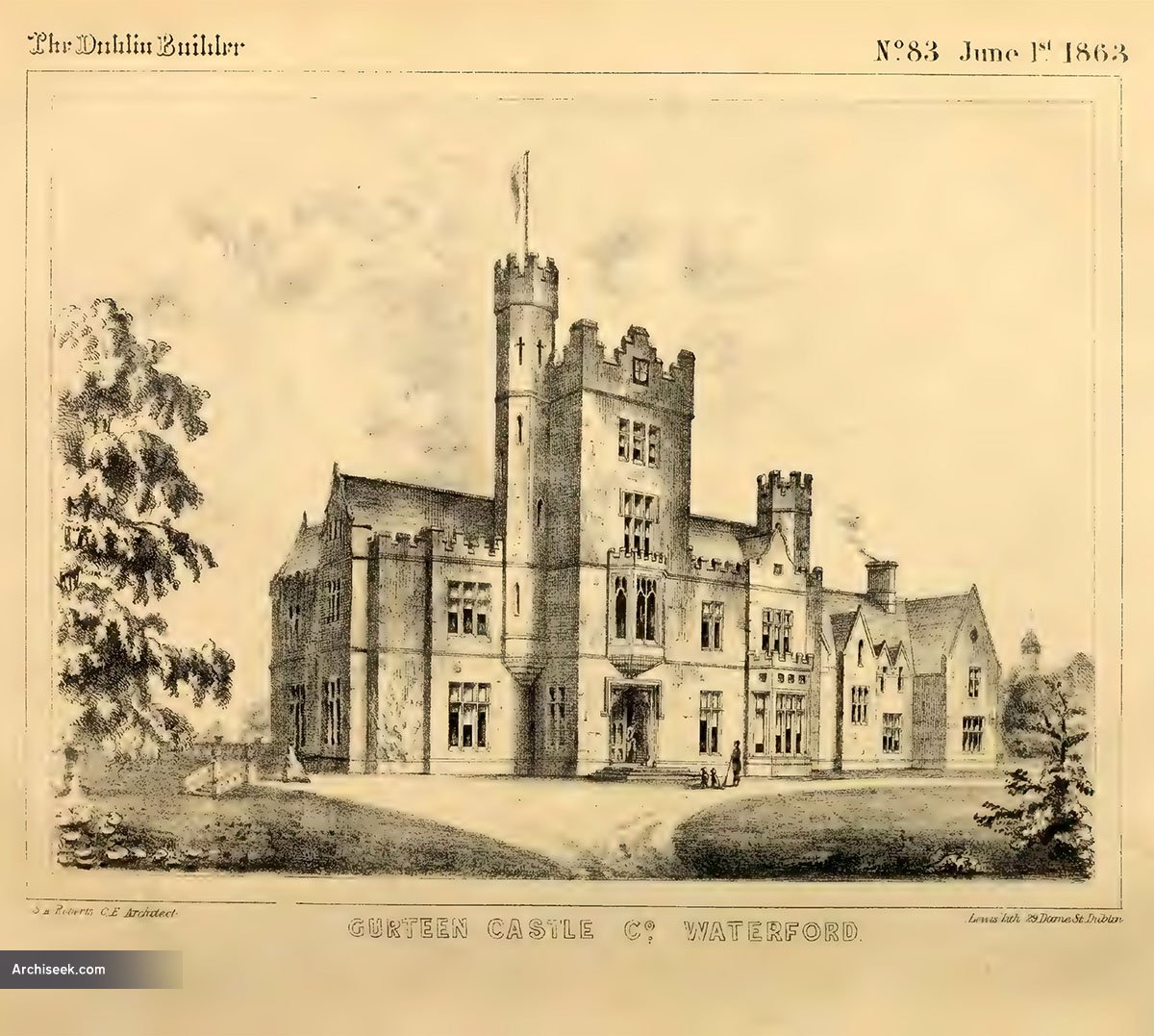 “Gurteen Castle, of which We presented an illustration last month, is at present in course of erection at Gurteen, Co. Waterford, the seat of Edward Le Poer, Esq. It occupies a site immediately adjoining the owner’s present residence, and is beautifully situated on the bank of the river Suir, within three miles of Clonmel, commanding some of the finest scenery of the county, and with which the style of the building perfectly harmonizes.

The principal entrance is from the north tower, as per view, the hall opening into a spacious picture gallery, lighted from the roof, from which the principal staircase is divided by Gothic arches, and off which opens the drawing-room, dining-room, library, boudoir, and billiard-room ; the corridor to garden, porch, housekeeper’s apartments, pantry, larder, stores, kitchen, and domestic offices in wing, opening oft’ the staircase hall. Bedrooms and dressing-rooms, &c., occupy the first floor, and access to the tower bedrooms is obtained by a circular staircase in the north turret, while suitable servants’ rooms are provided in the attic, accessible from the south turret. The material used is local limestone, in finely -hammered, broken ashlar work, in courses, with punched quoins and dressings.

The work is being executed under the superintendence, and from the designs of Mr. S. U. Roberts, of Galway, C.E. and Architect, whose designs we hav« often favourably mentioned ; Mr. T. H. Carroll, of Dublin, being the contractor—a fact, in itself, a guarantee for good workmanship. The building will cost about £10,000, and is expected to be completed in two years.” The Dublin Builder, July 1 1863.