‘Build Something Modern’ at the Jameson Dublin International Film Festival 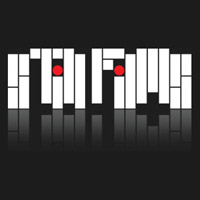 ‘Build Something Modern’ tells the story of a hidden canon of Irish architecture – groundbreaking young architects who pushed the boundaries of Irish design; with surprisingly little recognition at home. Between the 1950s and 1970s adventurous architects, travelled to Africa for excitement and creative freedom. At the same time other Irish architects, fresh out of university, were given the opportunity to design modern buildings in Africa, but remarkably never got to see the finished constructions.

Build Something Modern is a touching and revealing film about people and their special relationship with the things they create as they reflect many years later. The film will be screened at 6.30pm on Friday 25th February in the Irish Film Institute, Eustace Street, Dublin 2. To book tickets go to: https://jdiff.ticketsolve.com/shows/126512479/events

The feature was commissioned by the Irish Arts Council and the Dublin International Film Festival. To read more about the film and those involved in its making go to www.stillfilms.org