Architects from six leading Irish practices embark on US tour 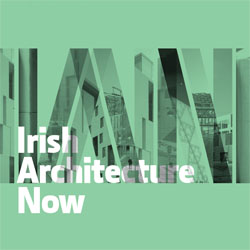 Architects from six leading contemporary Irish practices will showcase their work and discuss issues concerning architecture at leading U.S. architectural schools and institutions this Autumn as part of Irish Architecture Now – Ireland’s first architectural showcase in the US which is part of Imagine Ireland, Culture Ireland’s year of Irish arts in America in 2011. Curated by Raymund Ryan from the Carnegie Museum of Art, Pittsburgh the event is produced by the Irish Architecture Foundation, Dublin and will also be supported in the U.S. by Enterprise Ireland.

Architects from leading and multiple award-winning Irish studios will travel in two groups, one to the East Coast, the other to the West Coast and Mid-West. In each case, the architects will participate in symposia at museums or prestigious schools of architecture in three cities, presenting key aspects of their work and engaging in discussion on critical issues facing Irish architecture now.

The architects and practices participating are:

Bucholz McEvoy Architects are leaders in sustainable design and they passionately believe in its importance to the design process. Bucholz McEvoy realized County Halls for Fingal County Council Dublin, Limerick and Westmeath, Ireland, bringing an ecological intelligence to Irish civic life. They presented their Limerick County Council HQ at the Venice Biennale in 2002. www.bmcea.com

Niall McCullough is the co-founder, with Valerie Mulvin, of McCullough Mulvin Architects. Projects include the Ussher Library, the Long Room Hub and the Dublin Dental Hospital in Trinity College Dublin. Waterford City Library and the Source Arts Centre in Thurles are among some of their cultural and civic buildings. www.mcculloughmulvin.com

The practice of Heneghan Peng was established in Dublin in 2000 and went on to success in many international competitions including that for the Grand EgyptianMuseum, the world’s largest architectural competition, in 2003. Heneghan Peng have subsequently won competitions for the Mittelrhein Bridge in Germany and the School of Architecture at Greenwich, England. www.hparc.com

dePaor’s architecture is inspired by contemporary art practice. As well as cultural building commissions such as The Druid Theater, Galway, Ireland, he delivered the inaugural Irish Pavilion at the 2000 Venice Biennale and took part in group shows in 2006 and 2008 Venice Biennales. Tom dePaor co-curated the Irish Pavilion and was also invited by Kazuyo Sejima to make a pavilion in the International Show at the Venice Biennale in 2010. www.depaor.com

Yvonne Farrell co-founded Grafton Architects in 1978 with Shelley McNamara, having graduated from UCD in 1974. Grafton Architects were winners of both the World Building of the Year Award in 2008 and of the World Building Learning Category Award in 2008 for the Bocconi University project in Milan, Italy. Recently, they won the competition for a new School of Economics for the University of Toulouse, France. www.graftonarchitects.ie

In 1988 O’Donnell set up O’Donnell + Tuomey with John Tuomey. Their installation “Transformation of an Institution” represented Ireland at the Venice Biennale in 2004. They recently completed two cultural buildings in Northern Ireland, An Gaeláras Irish Language Centre, Derry (shortlisted for the 2011 Stirling Prize RIBA) and the Lyric Theatre in Belfast. They are currently working on a New Students’ Centre for the London School of Economics. www.odonnell-tuomey.ie

The Cooper Union, New York City at 6.30pm. The event is presented by The Architectural League of New York, co-sponsored by The Irwin S.Chanin School of Architecture.

The Carnegie Museum of Art, Pittsburgh at 12 noon. Sponsored by The Heinz Architectural Center.

Los Angeles County Museum of Art at 7pm. This event is presented by the American Institute of Architects (AIA), Los Angeles Chapter.

Department of Architecture, College of Environmental Design, University of California Berkeley at 6.30pm.

The Art Institute of Chicago at 6pm.