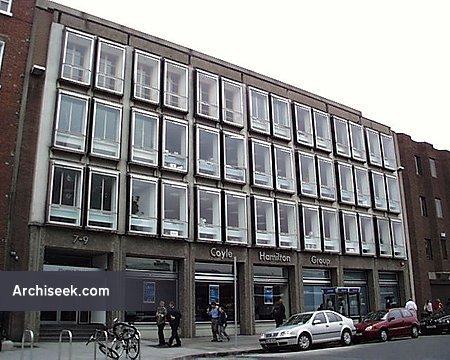 Office accommodation from the late 1960s, a rather grim exercise in concrete and projecting windows replacing a number of smaller Victorian commercial premises. The building was badly damaged in the May 1974 bombings of Dublin when a carbomb was detonated across the street, blowing out most of the glazing. The facade has been remodelled.