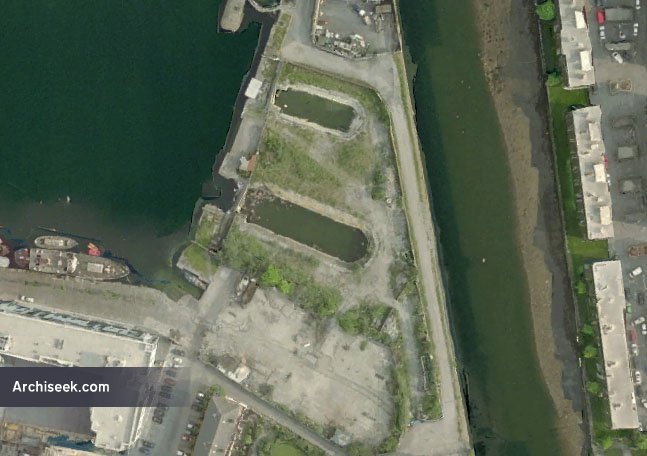 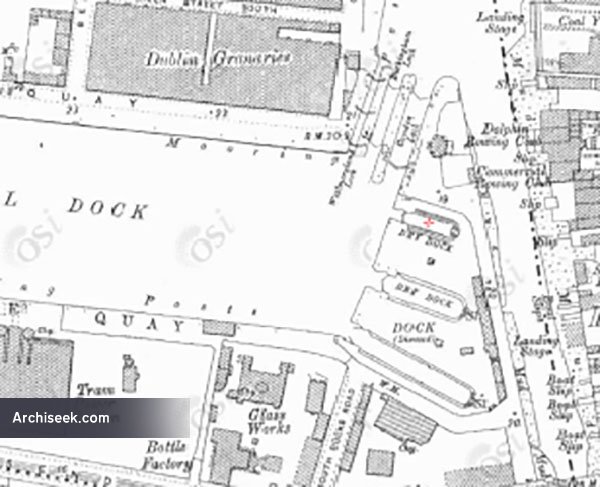 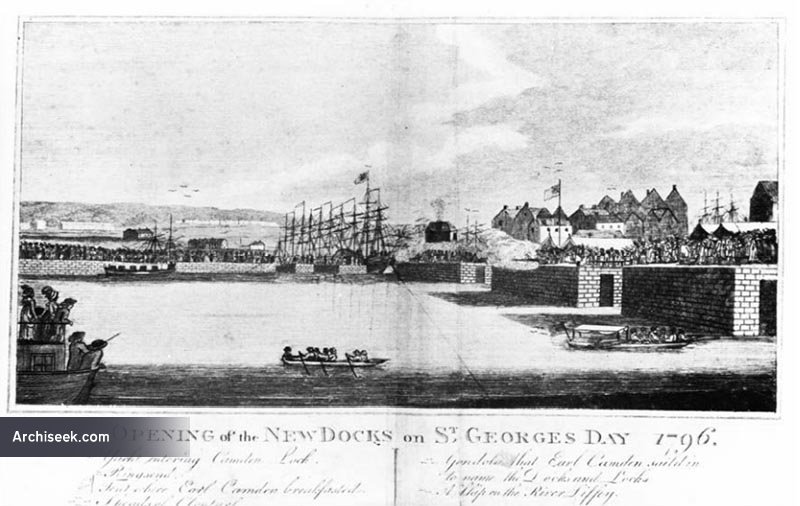 The Grand Canal Dock opened in 1796 to much celebration. Originally, there were three graving docks, primarily used for ship repair. The largest was 180ft x 65ft, the second 150ft and the third 90ft long.

It is believed that the largest of the graving docks was filled in 1851, prior to the opening of the much larger Graving Dock No.1 at Alexandra Basin. The two other docks were filled in during the 1960s but have since been re-excavated, but the entrance to the third can still clearly be seen.