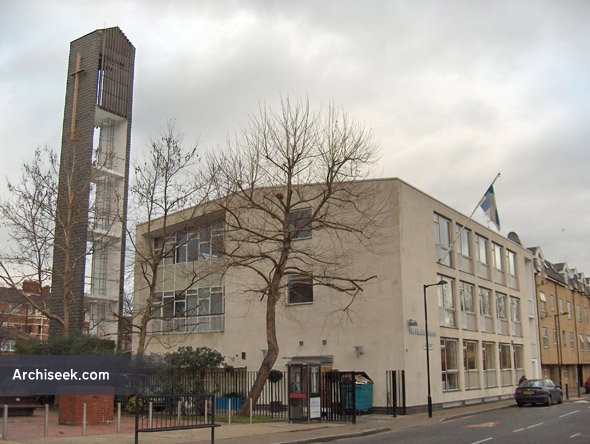 The London church and mission was first established in 1882, when the Finnish port chaplain who had been sent to Hull in 1880 was relocated south because of the level of work demanded in London. The present church building was opened in 1958 and refurbished in 2006; its distinctive architecture is recognised as a Grade II listed building. The architect was Cyrill Mardall-Sjöström, who had designed a new church building before the war for a plot in Southwark Park, but this plan had to be dropped.