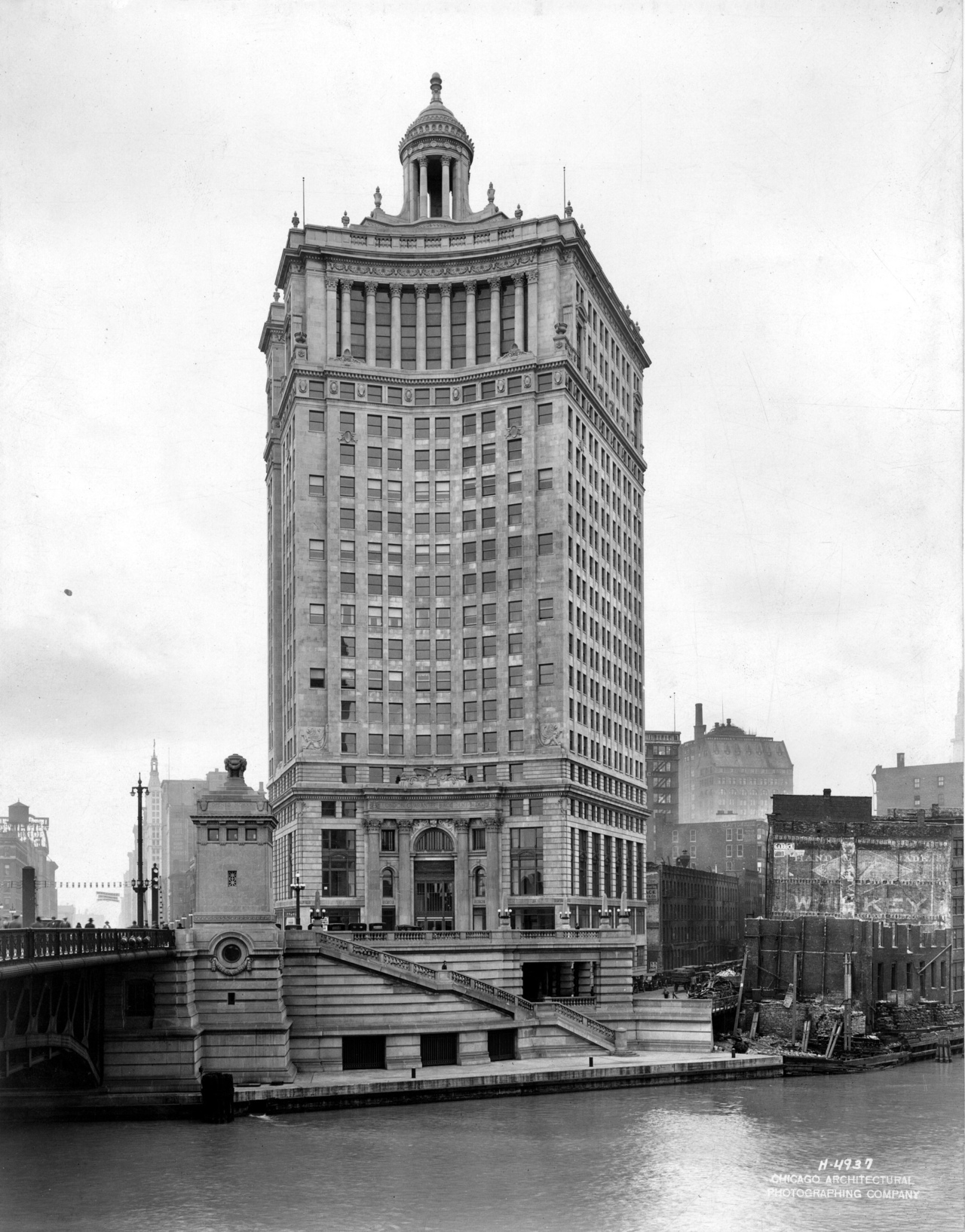 One of the city’s best examples of the Beaux Arts-style Classical Revival applied to the design of a tall office building. Due to the special shape of its site, the 22-story limestone building has a trapezoidal ground plan. It is full of classical references: the central arched entrance is flanked by four corinthian columns; the 3 top stories above the 15th floor repeat the row of classical columns. The top of the building resembles the Choragic Monument of Lysicrates in Athens.

It is one of four structures that were constructed around the Michigan Avenue Bridge during the 1920s, a cluster of buildings that has helped define one of Chicago’s most dramatic and important urban spaces. The other three buildings are 333 North Michigan Building , Tribune Tower, and the Wrigley Building.