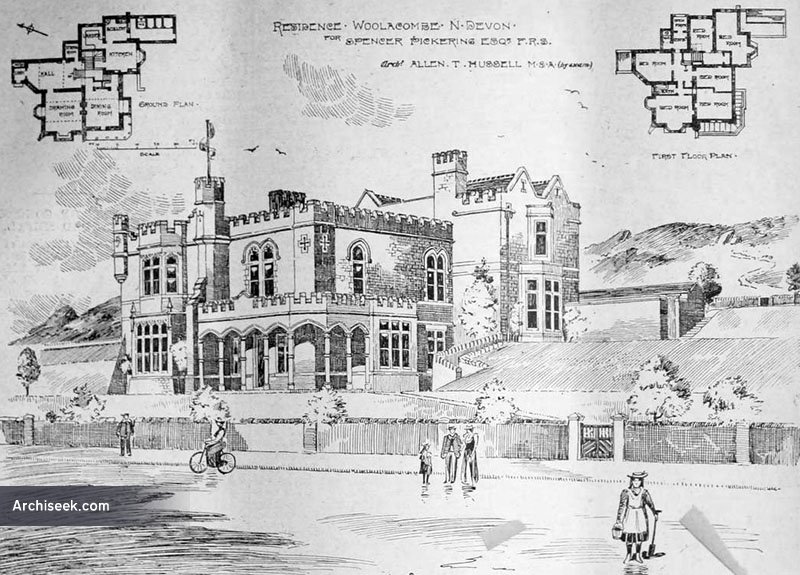 “This building has been erected as a summer residence for Mr. Spencer Pickering, F.U.S., of Harpenden and London. It is built with local stone, and the main quoins and general facings being of a beautiful red stone from Woolacombe Hown. The other dressings are of Doulting stone, and the roofs are partly covered with Delabole slates and partly with lead. The main walls have been built 2ft. Gin. thick, to withstand the heavy gales which are frequent on this part of the coast. The drawing- room ceiling has been made in India by ( ash- mere natives of coloured woods forming’ patterns. The building contains a large hall, drawing and dining-rooms, kitchen and ofiices, and strong room on the ground floor, and six bedrooms, with bathroom, w.c.’s, ire. on first floor.” Published in The Building News, September 15 1899.