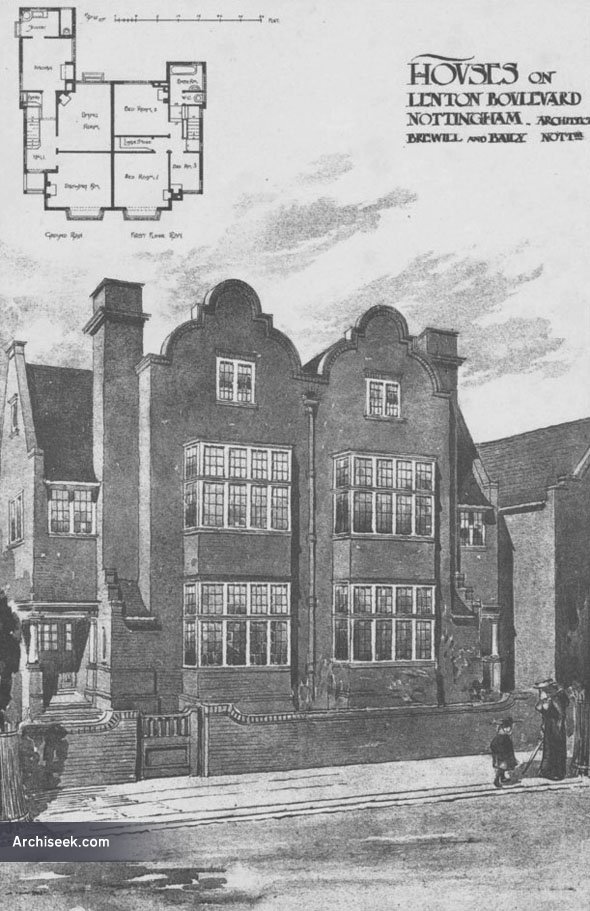 “The above houses were built with red sand-faced bricks, the roof is covered with red tiles, the windows are glazed with lead lights, and the exterior paint generally is white. The interior is fitted up in the general design of the period, which is indicated by the exterior work. Messrs. Brewill and Baily are the architects. The drawing given among our plates to-day was exhibited at the Royal Academy last summer.” Perspective published in The Building News, December 30 1898.