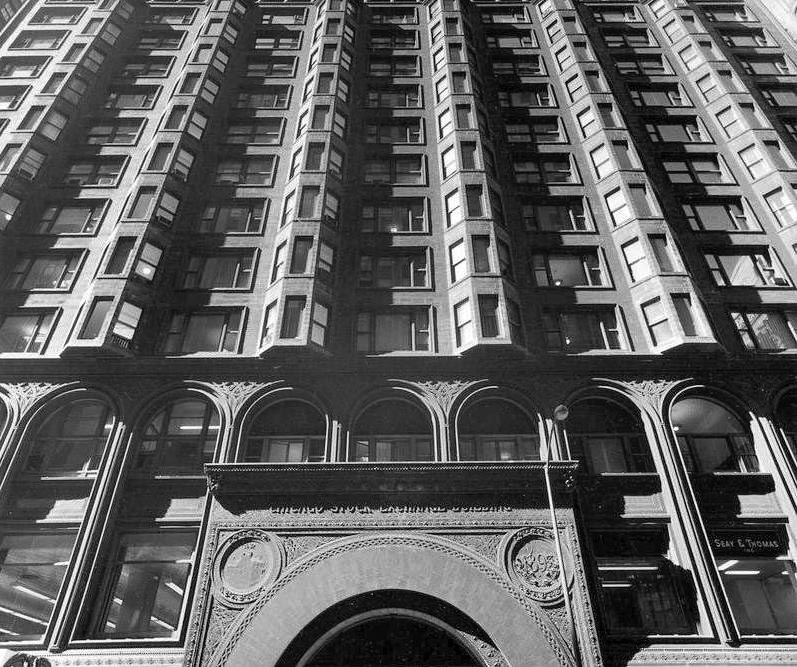 The Stock Exchange was demolished in 1972, and is often credited with starting the city’s preservation movement. Both the entry arch and the interior of the Trading Room were preserved by the Art Institute. The entry arch is now sited in a park.