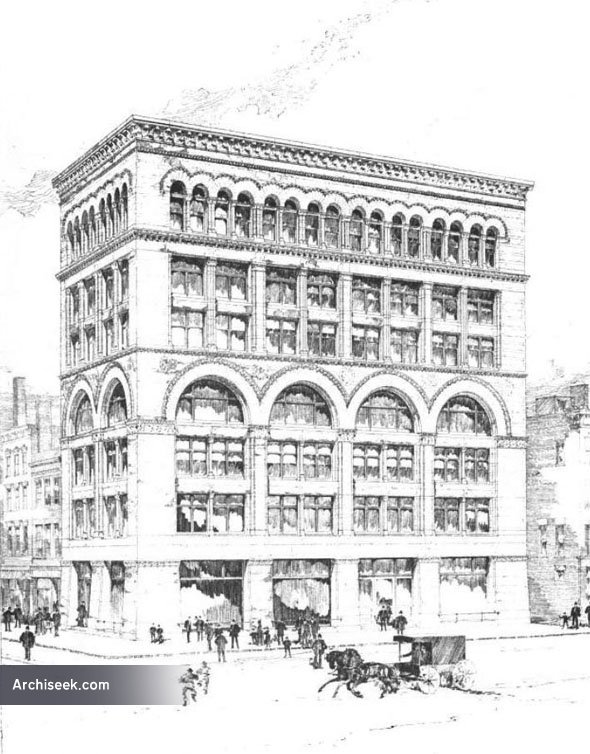 Published in the American Architect and Building News, May 1889. Built for the purposes of housing the switchboard and local headquarters of the Bell Telephone Company, and served as the main telephone exchange for St. Louis from its construction until 1926. A seven-story commercial building of brick and red sandstone, with three-story arcades rising from the ground-level storefronts. The building originally was built with six stories, while a seventh was added in the same style as the lower levels in 1919 to meet rising demands for space. In 1940, a limestone sheath covered the original storefronts after the building was purchased by S.G. Adams. One of only a handful of buildings in St. Louis designed by either Henry Hobson Richardson or his successor firm Shepley, Rutan and Coolidge.