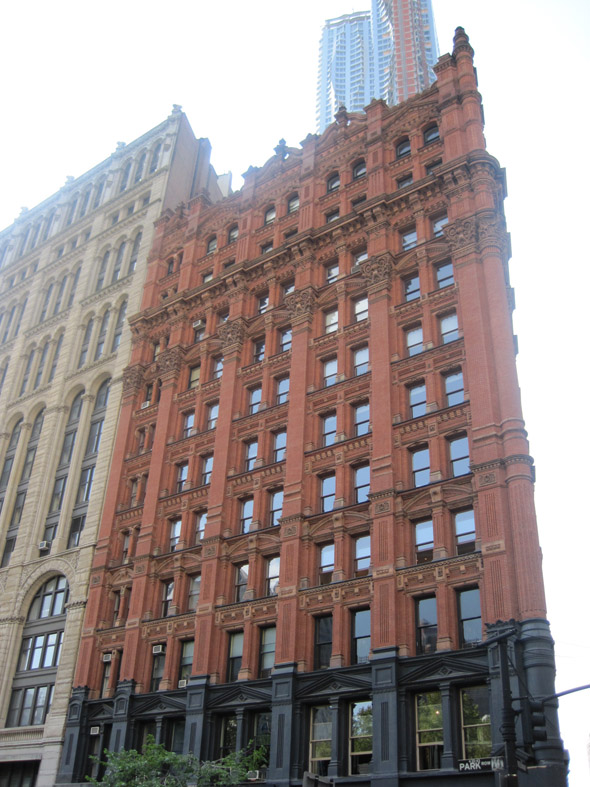 Commissioned by Orlando B. Potter and designed by Norris G. Starkweather, it was constructed from 1883 to 1886, replacing one of the New York World’s former buildings which burned down in 1882. The facade was constructed of brick and terracotta, which was chosen by Potter due to its fire resistance and low cost. This soon led to terracotta becoming a popular element in other New York skyscrapers. It was a revolutionary structure in that it was virtually fireproof, made possible by the iron frame and the terracotta, and was the first use of fire-protected steel frame.
Located at 35-38 Park Row in Manhattan, NY.