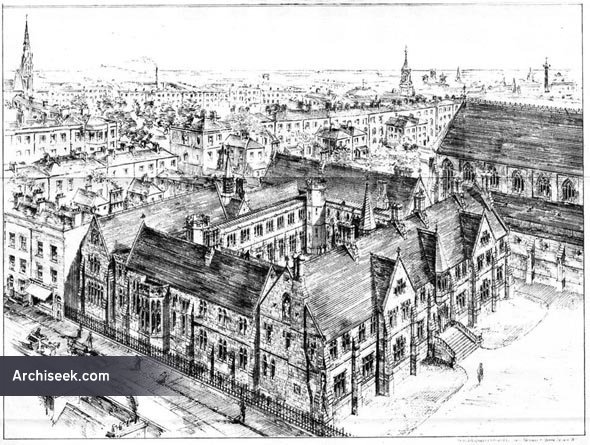 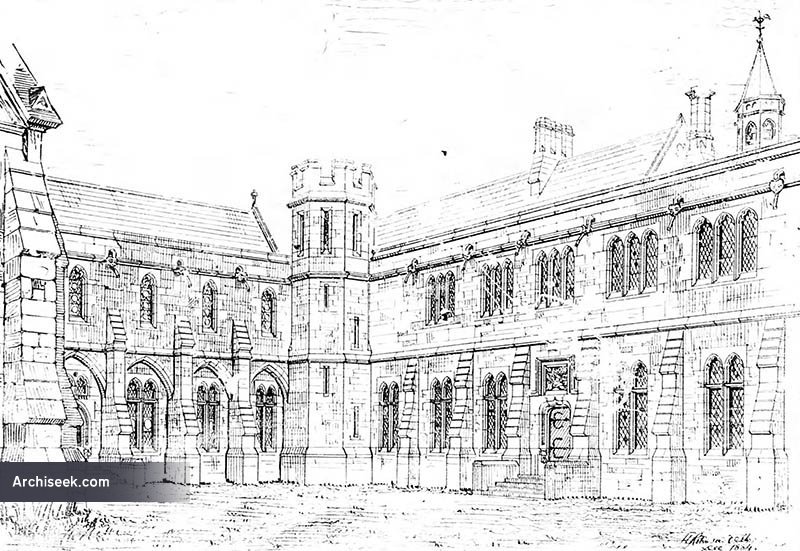 According to The Irish Builder: “Six houses, amongst them the one is which Richard Brinsley Sheridan was born, have been pulled down, and two piles of the quadrangle are being built by Mr. R. Toole, T.C.”

By February 1890, the same journal was reporting that construction had been underway for “the last four or five years” and that three sides of the quadrangle were now built. A description of the quadrangle as intended, “The plan is arranged round a cloister-garth 80ft. by 100ft., with a cloister 10fr. wide, round the four sides out of which all the rooms open.”