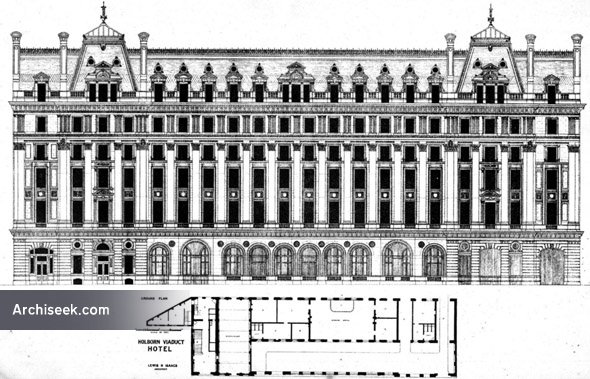 Perspective view including plan of preliminary design published in The Building News, October 6th 1876. During the 1870s, a company was set up to construct a 330-yard (300 m) branch from the Ludgate-Farringdon railway line that would terminate at a new station located on Holborn Viaduct, which would have a new hotel forming its frontage. The original roadside entrance was a single storey building, the hotel being added above it at a later date. The hotel was damaged during the Second World War and in 1963 the building was replaced by a large office block incorporating the entrance to the station at ground floor level.