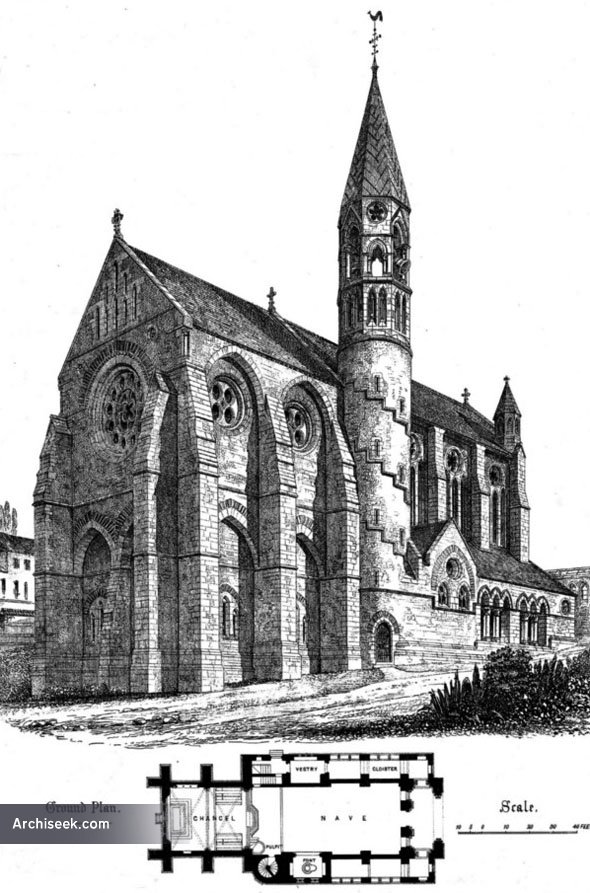 During the Crimean War, the need was felt for an Anglican church to minister to British sailors and others in Constantinople. At the same time, in 1856, back in London, an appeal was launched for ‘an enduring Monument to our gallant countrymen, who have fallen in the late War’. It was considered ‘That the most suitable Memorial would be an edifice in which Almighty God might, from generation to generation, be worshipped, according to the rites and usages of the Church of England; and that such a Memorial Church be erected at Constantinople.’ Queen Victoria and Prince Albert were among the many who then contributed to the fund.

Designs were submitted by the architect William Burges and he was declared the winner. However, in-fighting on the approval committee, coupled with concerns regarding the supposed “un-English” style of Burges’ design, led to his being removed as architect in 1863 and his replacement by G.E. Street. It was built on land donated by Sultan Abdulmecit and was constructed between 1858-68 in the Beyoglu-Taksim district of Istanbul. All stones used in construction were brought from Malta. Closed in 1978 due to the lack of a congregation, but was re-opened in 1991.

From The Building News: “One of our lithographic engravings this week represents the Crimean Memorial Church, which has just been erected at Constantinople. A competition was invited, and Mr. Burges’s design was selected as the best. Some difficulties having .arisen about the expense of erecting a church after Mr. Burges’s design, the work was given to Mr. Street, who was second in the race. The cost of the church is about £1.800. The contractors were Messrs. Roger and Worth, Gosport ; and Mr. S. Wallis, of London, clerk of the works.”