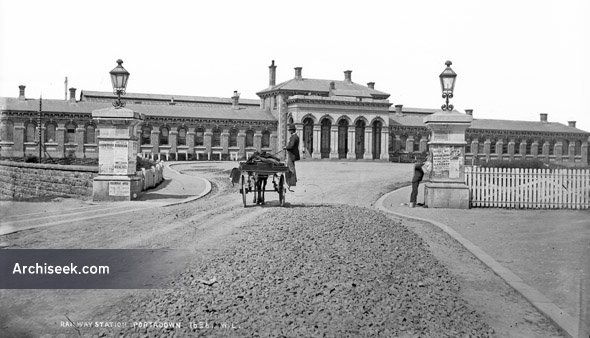 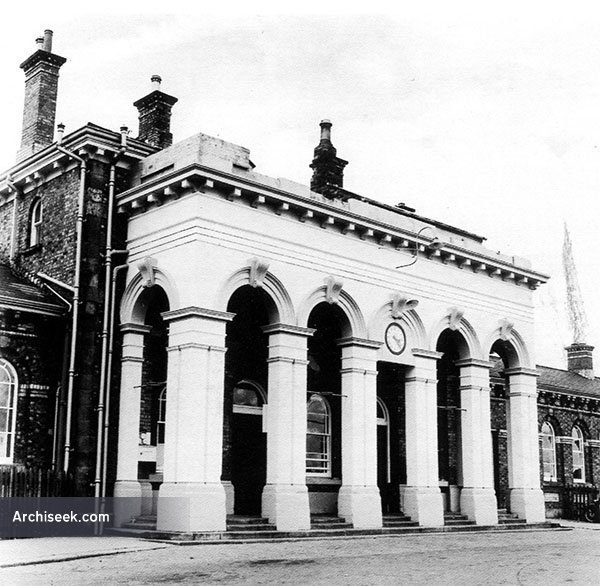 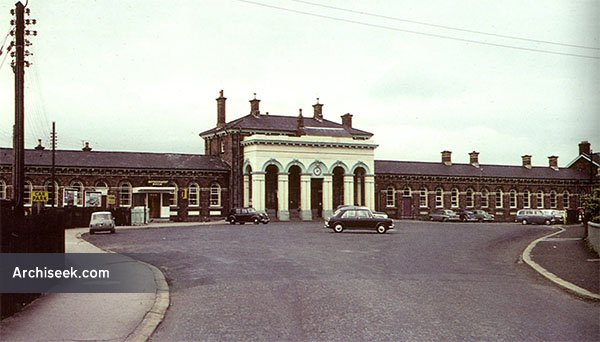 John MacNeill’s masterpiece, a long polychromuc brick station with the stately air of a great house. Demolished to make way for a road, and replaced in the 1960s, most of the site is still a brown-field site, the great piers still exist, as does a tunnel under the line to access the buildings on the other side.

The station had four platforms, each 200 yds in length, stretching out in line abreast towards the river Bann. There were two signal boxes, one at either end of the station, with a third one, somewhat larger, less than a quarter of a mile away, on the other side of the river at the junction. The buildings were sited on the two flanking platforms, Nos. 1 and 4. In the main building there were two refreshment rooms, with living accommodation above, and six waiting rooms for various classes of travel. Two more waiting rooms and a refreshment room were sited on No 4 platform.