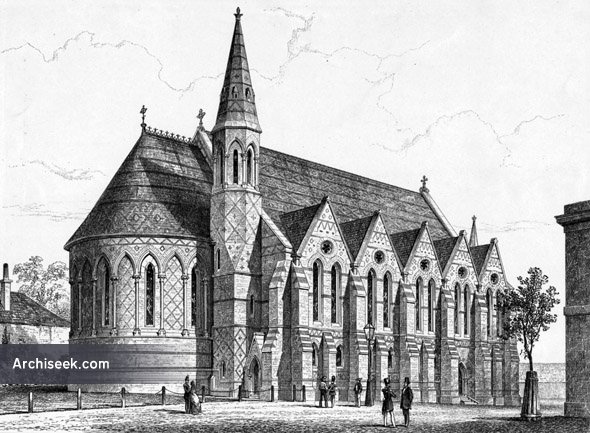 St Barnabas Church was originally designed by Sir George Gilbert Scott and was built between 1857 and 1859 as the Naval Dockyard Church at Woolwich Dockyard. It stood for 74 years at the Woolwich Dockyard and was taken down and rebuilt in modified form at Eltham, London in 1932-33. The church was gutted by fire as a result of enemy action in 1944 and was restored in 1956 under the direction of Thomas Ford with a new roof and remodelled interior. New interior features include a new plaster barrel vaulted ceiling over the nave, tripartite ornamented nave arcades and a Hans Fiebusch mural in the apse.