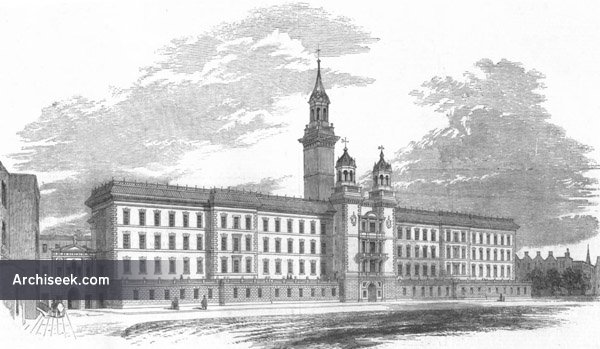 The hospital was founded in 1721 by Thomas Guy (1644/45–27 December 1724), as a hospital to treat “incurables” discharged from St Thomas’ Hospital. Guy had been a Governor and benefactor of St Thomas’ and his fellow Governors supported his intention by granting the south-side of St Thomas’ Street for a peppercorn for 999 years. Guy’s has expanded over the centuries. The original buildings formed a courtyard facing St Thomas Street, comprising the hall on the east side and the Chapel, Matron’s House and Surgeon’s House on the west-side. The hospital buildings suffered major damage during the Second World War. Major rebuilding has happened since with the hospital now part of a larger medical campus.