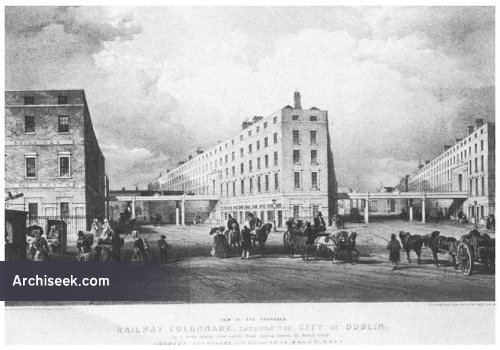 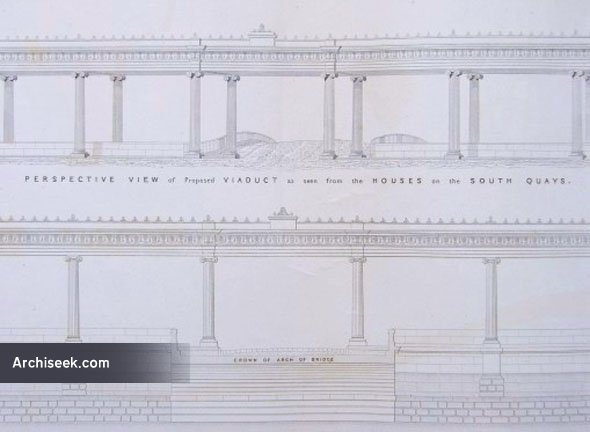 Originally published as “Outline Plan of Dublin exhibiting the course of the proposed Railway Colonnade Through the City for connecting the General Terminus of the Railways from the South and South Western Districts with Kingstown harbour”. This map and illustration were originally included in the report “Plans of the Several Lines of Railway in Ireland. Laid Out Under the Direction of the Commissioners. Part I: Through the South and South Western District, by Charles Vignoles. Part II: Through the North and North Western Districts, by John MacNeill, 1837. Presented to Both Houses of Parliament by Command of Her Majesty”. 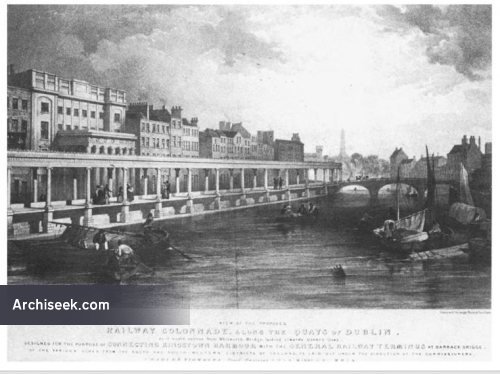 Charles Vignoles is remembered for his work with the Dublin to Kingstown Railway, and for his work during the period 1836 to 1838, when he served as engineer to the royal commission on railways in Ireland. This scheme was developed during his work on that project. Most of the railways surveyed and planned during this time were completed, by the William Dargan. But some of the proposals were not followed up, as they were a little too ambitious for Ireland at a time.

This scheme was designed to link the different railway terminii through the city by building a raised railway long the southern Liffey Quays.