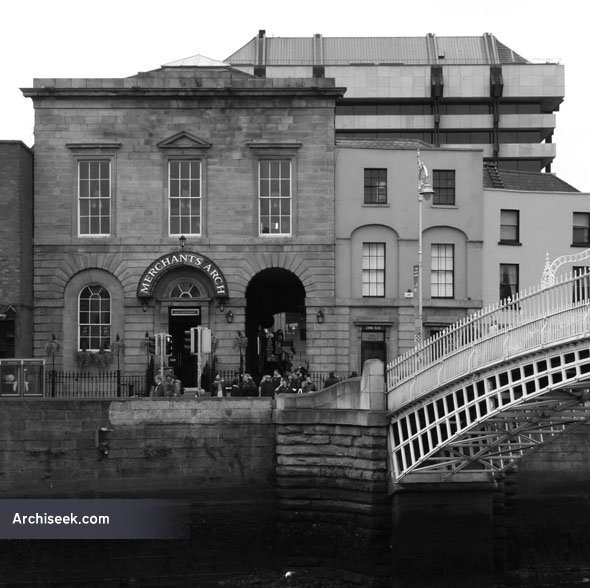 Originally built as a Guild hall but after the 1841 Municipal Reform Act which saw members of Dublin Corporation directly elected rather than through the influence of the Guilds, the guilds were wound up. The hall has had various commerical uses since then. Designed by Frederick Darley,the third generation of a family of architects and quarry owners. Sadly defaced by nasty curved awning over the main entrance erected by current restaurant tenant.