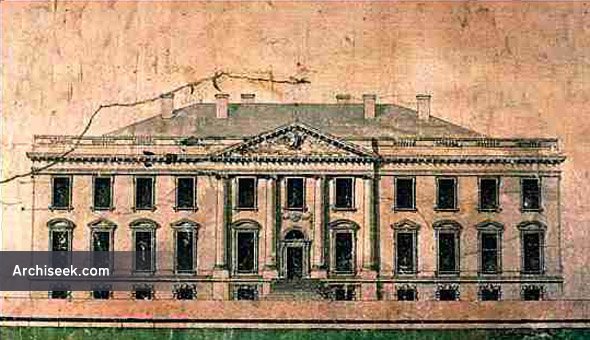 Hoban’s final Executive Mansion design. The earlier design of a three-story residence was modified at the request of then President George Washington for reasons of economy. His design is believed to been greatly influenced by the Leinster House in Dublin. By the end of 1814, Hoban’s original building was just a charred shell, burned during a British army occupation of Washington. Restoration work under Hoban’s supervision was completed in 1817. During this restoration, Hoban ordered the building painted white to hide remaining evidence of the fire, which it has remained ever since. Hoban continued adding to the White House until 1829, at which time it looked essentially as it does today.