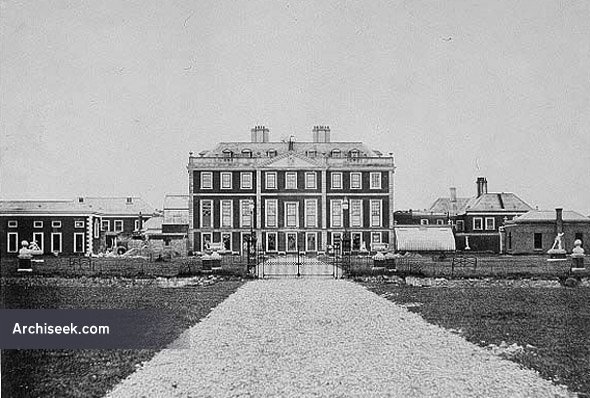 Santry Court – was an early 18th century mansion of red brick with stone facings, built in 1703 by the 3rd Lord Barry of Santry. It was of two storeys over a high basement, with a dormered attic behind the roof parapet. It had a nine-bay entrance front with a pedimented breakfront. Curved wings and sweeps were added later, ca 1740-50 by the 4th and last Lord Barry. The House had a fine interior with a large hall; good plasterwork

In 1937, the house came into the possession of the state, who intended to repair it and use it as a mental asylum. This plan was shelved by the start of World War II; the need to increase security around Dublin Airport meant it was used as an army depot, and part of the gardens as a firing range. It was severely damaged by fire in 1947, and demolished soon after.