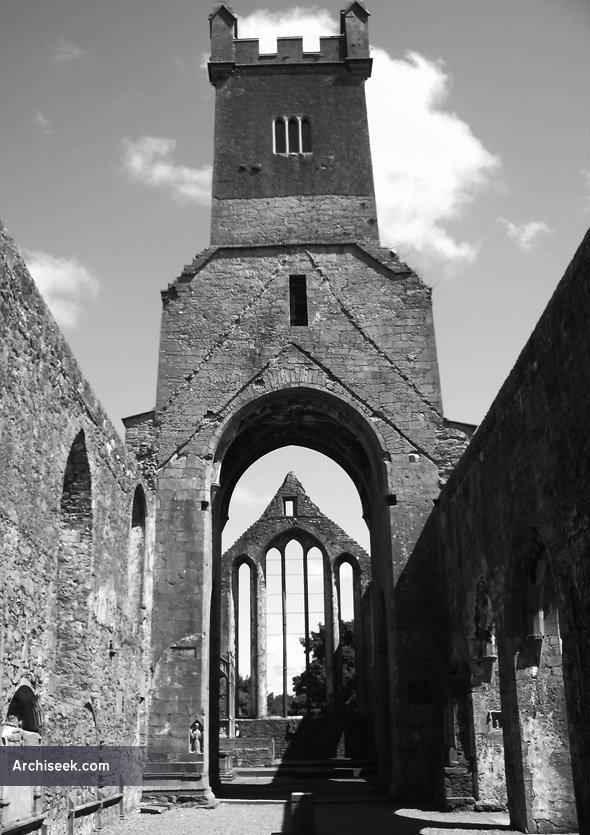 The origins of Ennis date back to 1240AD when Donnchadh Caribreach O’Brien helped establish the Franciscan Order in Ennis, by his offer of hospitality to wandering Friars. An Abbey was later built to which many students came to study theology. The site was an island in the river Fergus. Originally the church had a plain nave and chancel. During the 15th Century a south transept and a central tower were added. The nave was used by the Church of Ireland as the parish church from the late 17th Century until 1871.

The Abbey has much medieval sculpture of high quality; the Royal Tomb has panels bearing scenes of the Passion, while over the Creadh Tomb are figures of Christ the King with his Apostles; the 50-foot-high east window in of graceful proportions.