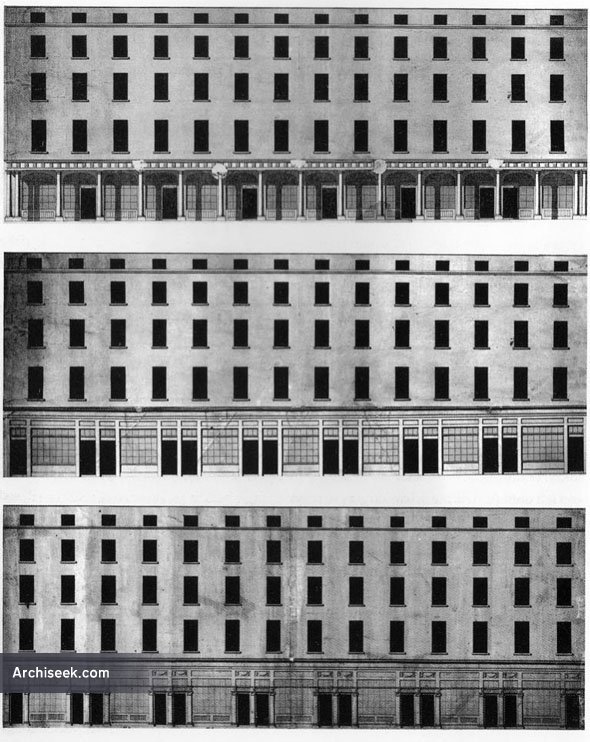 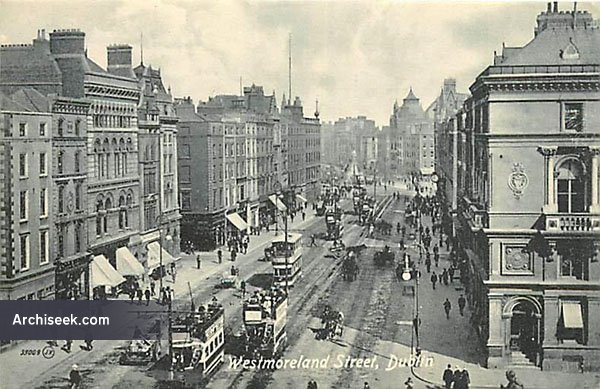 Leading from College Green to O’Connell street and named after John Fane, tenth Earl of Westmoreland and Lord Lieutenant 1790-94. One of the last streets to be laid out by the Wide Streets Commissioners, Westmoreland Street is part of a set piece design with D’Olier Street. The street was laid out as an integrated architectural setpiece with buildings of a similar design to those on D’Olier Street. Some still remain, but butchered by poor quality retail fascia and inappropriate signage. These images show several design concepts that were worked upon for the streetscape.