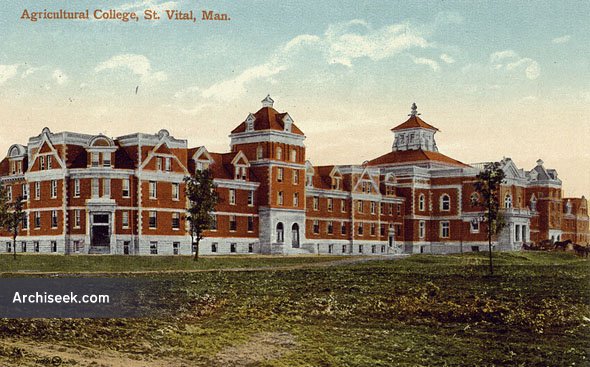 Victor William Horwood was born in Frome, Somersetshire, England, on 27 February 1878. He came to Canada with his family in 1884 and was educated in Ottawa and, subsequently, in Minneapolis. In 1904 he arrived in Manitoba where he soon established an architectural practice. Two of his early buildings were the St. Boniface Hotel de Ville of 1906; and No. 1 Fire Hall at 212 rue Dumoulin.

Victor Horwood was appointed Provincial Architect in 1911 and in that capacity did design work at the Agricultural College, (University of Manitoba (1911-1912), the Law Courts Building (1911-1915), and the Central Power House at 219 Memorial Boulevard (1911-1915). As Provincial Architect, he became involved in the controversy which surrounded construction of the Legislative Buildings in 1915. During 1912-1916 there was a overcharging scandal involving the building of the Manitoba Legislature. The same contractor was to build both the legislature and the law courts, he was jailed and Horwood was replaced. The new provincial architect was John D. Atchison.

While in architectural practice he served as first vice-president of the Manitoba Architectural Association. Throughout his career he lectured at the Y.M.C.A. on architectural subjects, wrote regularly for the “Western Home Monthly” and in the later years of his life wrote short stories on Manitoba which he illustrated with pen sketch drawings. He died in Winnipeg at age 61 in March 1939