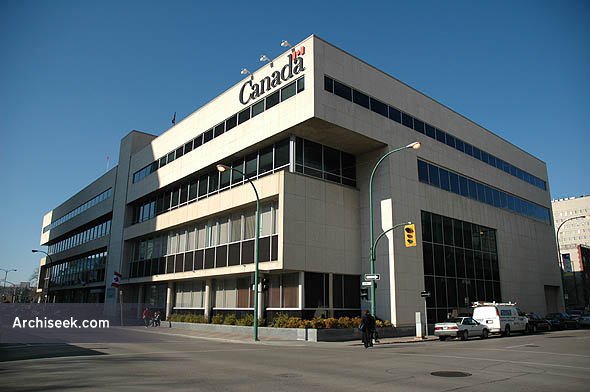 Named after Winnipeg’s longest-serving MP Stanley Knowles who served 38 years in Ottawa. Built in two stages, the original designed by Moody and Moore was is the first two floors which was completely built around in an later extension. The original building can be discerned by the slightly different coloured stonework. With a flat roof and smooth-faced stone cladding, the building’s facade is distinguished by projecting and receding planes giving the building its modern aesthetic.