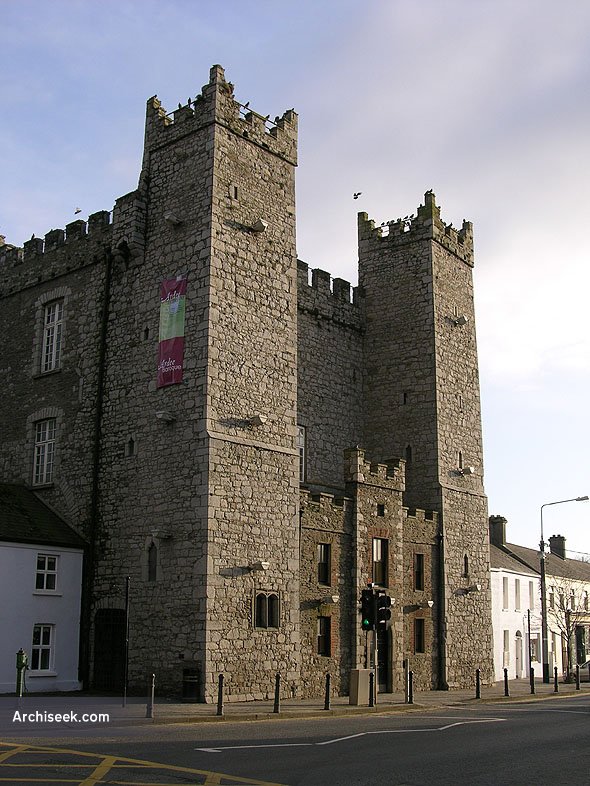 One of two castles on the main street and known locally as the Courthouse, this early 17th century castle has been recently restored and will be turned to civic usage. It was converted to a courthouse around 1850. The building, essentially a large tower-house, is almost rectangular in plan with westward projecting turrets at the western corners. It is four storeys high and the turrets rise for another storey above the roof level. There is a vault over the ground floor. The area between the turrets has been filled by a modern addition at street level.