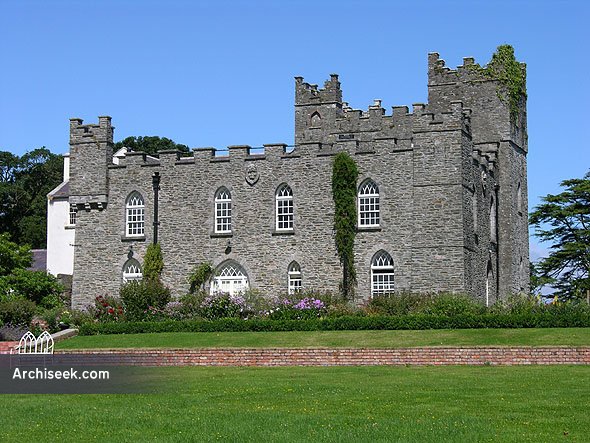 When it was first built in 1399, it was called Thomastown Castle and consisted only of a towerhouse. Reflecting their prestige and position, the Bellews, who had lived here since 1399, extended the tower house to the west around 1650. That extension with its original stairwell and its elegant six-bayed facade still exists today. The house was remodelled again in 1754. In the 19th century, it was renamed as Knock Abbey, and the owner commissioned architect William Caldbeck to add a new house. This required substantial alterations to the original tower house including fitting Gothic Revival windows and rebuilding all the battlements. The addition to the east and south, including the contents of the library, were lost when the Irish Republican Army broke into Knock Abbey and set fire to it in 1923. What survived was rebuilt in 1925.