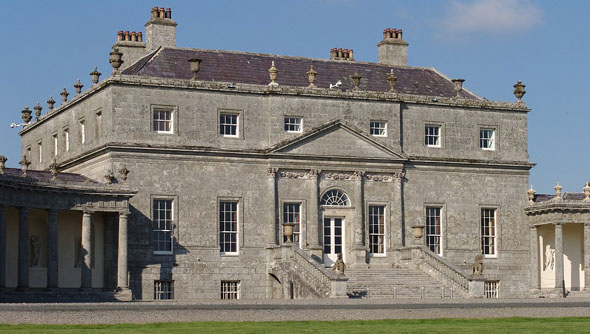 Gardaí in Co Wicklow have begun an investigation into a fire that broke out at Russborough House last night. The alarm was raised at about 9pm, and as many as eight units of the fire brigade worked for some three hours to bring the fire under control. The west wing of the building is extensively damaged, and it is understood part of the roof collapsed. The Alfred Beit Foundation said today no works of art were damaged by the fire.

The 18th-century State-owned property in Blessington – which has an extensive art collection – was recently included in a list of endangered heritage sites alongside the likes of Machu Pichu in Peru and the Sagrada Familia in Barcelona.

The house was designed by Richard Cassells and was donated to the State in 1978 by owners Sir Alfred and Lady Beit. The house is open to the public and is managed by the Alfred Beit Foundation.