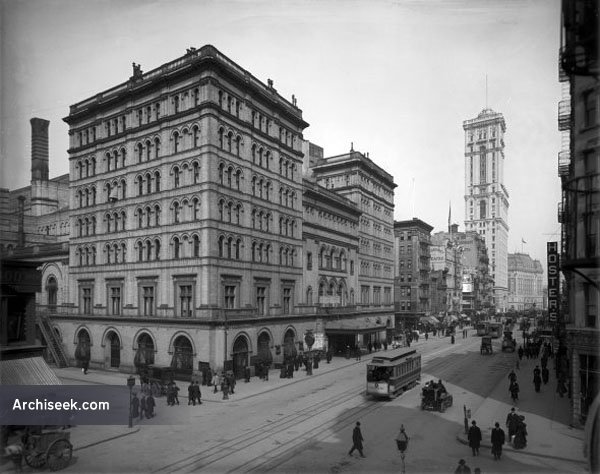 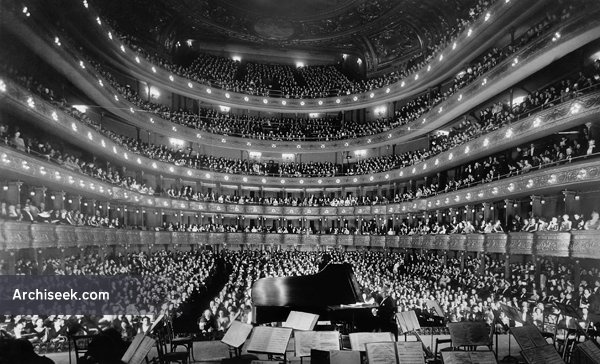 The Old Metropolitan Opera House was built in 1883 near Times Square, and was the first home of the Metropolitan Opera Company. Nicknamed “The Yellow Brick Brewery” for its industrial looking exterior, it was designed by J. Cleaveland Cady. In 1903 the interior of the opera house was extensively redesigned by the architects Carrère and Hastings. The golden auditorium with its sunburst chandelier, and curved proscenium inscribed with the names of six composers (Gluck, Mozart, Beethoven, Wagner, Gounod and Verdi), dated from this time. The Met had a seating capacity of 3,625. In addition, there were 224 standing room places. Demolished in 1967 and performances were moved to Lincoln Center in 1966.