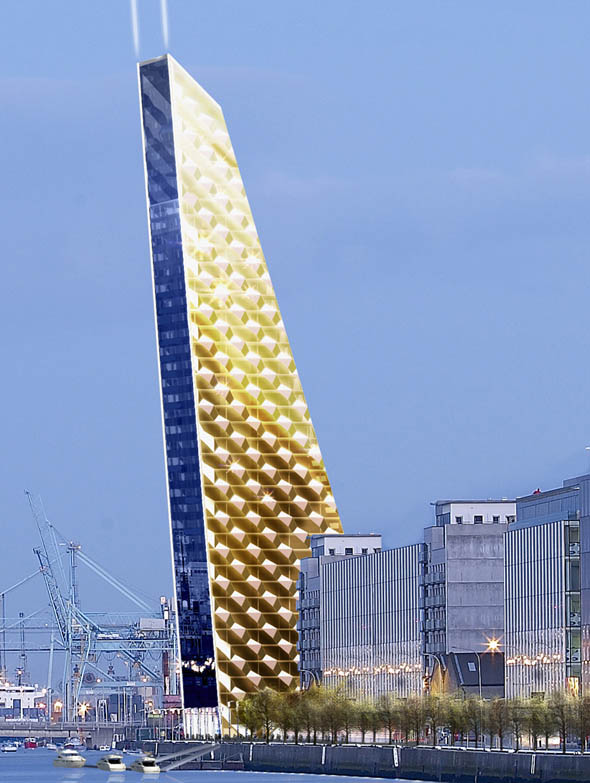 The planned U2 Tower in the Dublin docklands has been put on hold for another year. The Dublin Docklands Development Authority (DDDA) has written to the backers of the €200 million project, saying it will not go ahead until next year at the earliest.

It is the latest setback for the skyscraper project, which had already been put on hold for a year because of the deterioration of the property market and the economy.

The tower was to be developed by Geranger, a consortium made up of U2,Sean Merlyn’s Ballymore Properties, property developer Paddy McKillen and architect Norman Foster of Foster + Partners. The consortium was named preferred bidder for the project in October 2007 and the 130metre tower was originally due to be completed next year.

The consortium is understood to still be interested in the development, but the DDDA has delayed following board discussions late last year. It says it will still consider whether to go ahead with the project if conditions improve.