talks to artist Fergal McCarthy about his forthcoming installation Liffeytown. 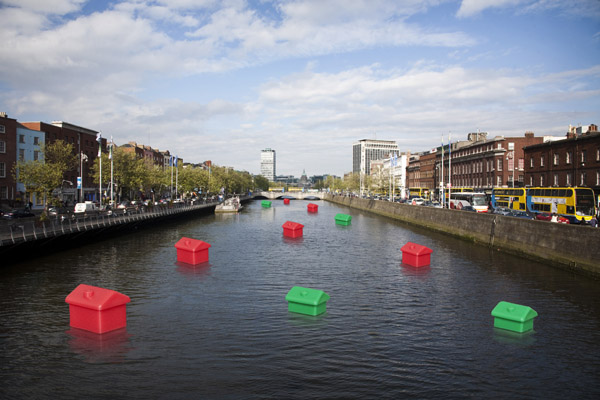 So goes Malvina Reynolds’ 1962 folk tune Little Boxes, a playful but scathing attack on post-war American suburbia. The song, which is known to be specifically criticising the Levittown estate in Pennsylvania, could almost act as a soundtrack to artist Fergal McCarthy’s similarly titled fringe piece, Liffeytown. 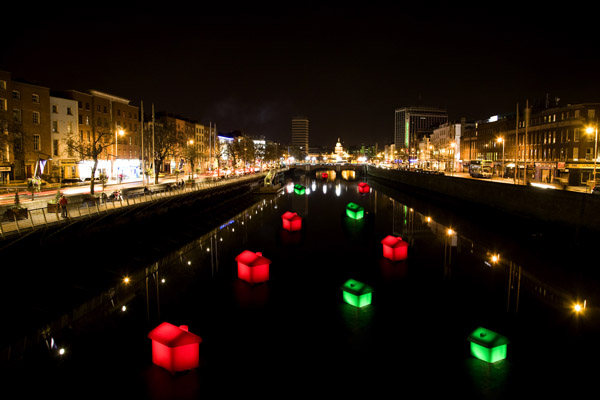 Liffeytown will see monopoly-like “˜houses’ float on the Liffey for the duration of the fringe. Positioned between O’Connell Bridge and the Ha’penny Bridge, the perspex structures will come in both green and red and will be lit by low energy LED lighting. 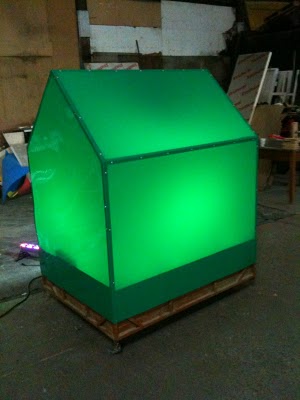 McCarthy says the project is a commentary on the quality of architecture, or rather the lack of quality, that blighted Ireland during the boom. He thinks we as a nation were happy to expand the suburbs endlessly outward, while neglecting some of the core elements that made Dublin “a real city”, namely the river.

“I find it strange that hundreds of acres of ground around the water right through the centre of the city was forgotten. Why would we build hundreds and hundreds of estates that are almost exactly indentical?”

He noticed the neglect of the Liffey when he started swimming in it in 2007. At that time, it was very badly maintained while all around shiny new urban and suburban quarters sprang up almost overnight. It was a time, he adds, when all we valued was property, and the only conversations people had were about their house purchases in Bulgaria. 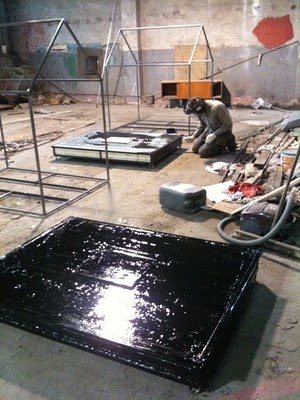 For McCarthy, quality architecture is a luxury commodity in modern Ireland, something we don’t take seriously and view as almost foreign. The piece draws attention to this by reminding us we once knew how to use cities: “If you look at the flats that were built in Dublin over the last century, many of them are architecturally far more impressive than the recent high end apartments”.

Boomtime housing estates went up in mere months, likewise McCarthy’s piece will go up in days and vanish nearly as quickly. The rapidity highlighting our unconscious attachment to building hastily and planning badly.

But it’s not all negative, he says. The project comes at a time when Ireland is slowing down and taking a look at itself, things are changing, attitudes shifting. It is unlikely that we will see a housing boom of the same scale again, and any new building frenzy will be mitigated by some level of urban planning.

“Hopefully it will change, it already has,” he says. We may even see Ireland outgrow dull, lifeless suburbia where, he adds, the quality of the architecture is matched only by the quality of the estate names: “I mean in Portlaoise there is an estate called Rinucinni. Rinucinni! He was a 16th-century Italian Bishop or something!”.

Liffeytown runs from September 12 to 26 and is part of Absolut Fringe: www.fringefest.com