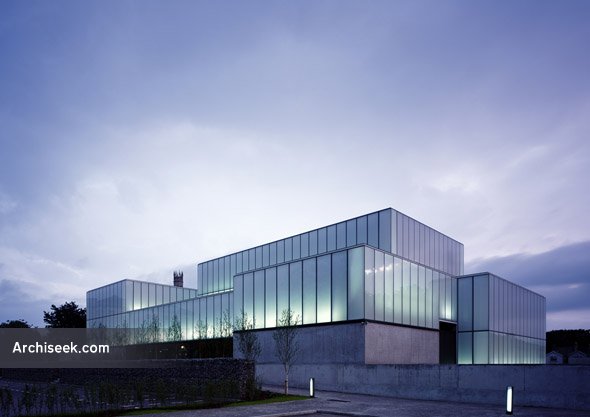 Five Irish architectural projects have won Civic Trust awards in Britain. They were among 50 award-winners from Britain, Ireland and Spain chosen from 330 schemes entered this year. Two of the Irish awards were for conservation projects – the refurbishment of the market house in Abbeyleix, Co Laois, as a public library by architects deBlacam and Meagher, and the restoration of St Malachy’s Catholic Church in Belfast by Consarc Design Group.

Under the “cultural landmarks” heading, awards went to Terry Pawson Architects for the Visual Centre for Contemporary Art and George Bernard Shaw Theatre in Carlow, and Keith Williams Architects and the OPW for the “visually stunning” Wexford Opera House.

The fifth Irish award was won by architects O’Donnell Tuomey for their Timberyard social housing for Dublin City Council on the Coombe bypass, which adjudicators described as a regenerative scheme “injecting distinctive urban design into a brownfield site”.

Three projects in the North – the Chinese Community Centre and Holywood Old School in Belfast, and Gracehill Old School, Ballymena, Co Antrim – won commendations. Wilkinson Eyre Architects, who designed the Living Bridge at the University of Limerick, won a special award for their Paradise Street bridge in Liverpool.