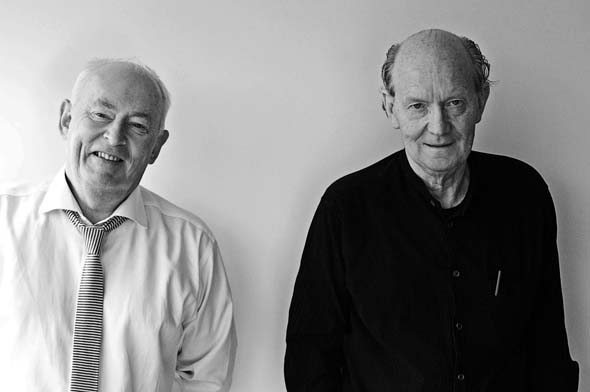 Curated by Tom dePaor, Peter Maybury, Alice Casey and Cian Deegan, “of de Blacam and Meagher” seeks to communicate the cultural landscape of Ireland through the seminal work of de Blacam and Meagher Architects. The Irish pavilion at Venice, in the eighteenth century oratory of Irish monk St. Gall near Piazza San Marco, will address de Blacam and Meagher’s built and unbuilt portfolio of the last 33 years and will mark the donation of these documents to the Irish Architectural Archive. The exhibition will take the form of a book unbound, containing volumes of drawings and photographic reproductions from the archive, contemporary photography and readings of the works with commentaries. As both archive and reading room, the space will be furnished with and lit by items from the de Blacam and Meagher archive.

Formed in 1976, this architectural practice has built houses and places of work, commerce, education and worship. In turn, the influence of de Blacam and Meagher has permeated the many facets of Irish life with a distinct cultural presence. The quality of their work has been recognised both in Ireland and Internationally, and the book Architects Today refers to them as ‘the godfathers of contemporary Irish architecture’. Known for their focus on making simple buildings and the employment of beautiful and sustainable materials, some of their best-known buildings in Ireland include Cork Institute of Technology, Chapel of Reconciliation at the Catholic shrine at Knock, Co. Mayo, the Samuel Beckett Theatre Dublin and the restoration of the Dining Hall and Atrium in Trinity College Dublin for the University’s 400th anniversary celebrations.

The 12th International Architecture Exhibition runs from August 29 to November 21 and is widely regarded as the most important event on the international architecture calendar, attracting more than 130,000 informed visitors from around the globe over 12 weeks. The exhibition is sponsored by the Royal Institute of the Architects in Ireland and the Department of the Environment, Heritage and Local Government.