1902 – Interior of Westminster Cathedral under construction 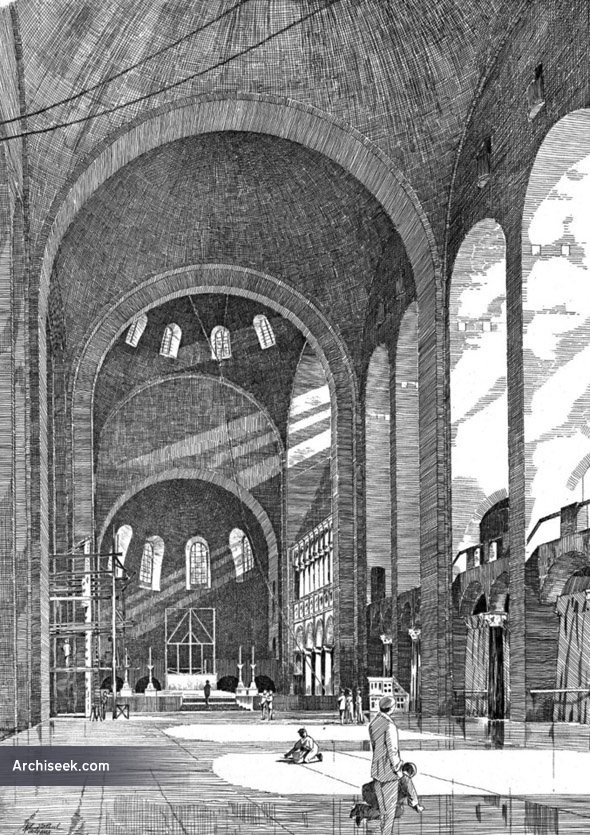 Interior of Westminster Cathedral under construction and illustrated in The Builder, January 2nd 1904. In June 1900 the Royal Institute of British Architects (RIBA) held an Architectural Congress, and its first visit was to the incomplete Westminster Cathedral. It was a great success, and at the annual dinner Sir William Blake Richmond, RA (best known as designer of the mosaics of St Paul’s, and later to advise Bentley on mosaic decoration), declared that “he had very rarely been so impressed as when first entering that original and manly structure” two days previously.