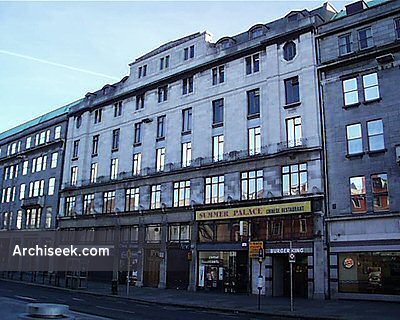 Part of the post-1916 rebuilding of this part of O’Connell Street, quite an austere facade with some nice detailing. Named after the Hammam Family Hotel and Turkish Baths which opened on the site in 1869. The hotel and baths were destroyed on 5 July 1922 during the civil war. Although the proprietor claimed compensation from the Town Clerk amounting to £100,000, the Hammam never reopened.