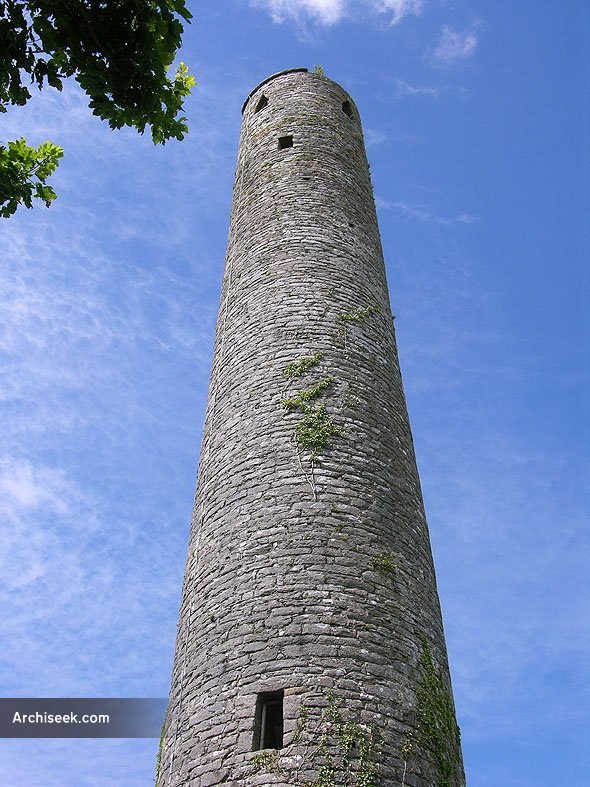 The monastery at Grangefertagh (or just Fertagh), Co Kilkenny was probably founded by St Ciaran of Seir in the 6th century. The site was raided by Vikings in 861 and in 1156 the high king, Murtagh MacNeale burned the Round Tower. This Round Tower is the only remnant of the early monastery. It stands about 30m high and retains some of its conical top. The doorway retained its rounded top until the early 19th century when a farmer removed the stones. In the 13th century the Blanchevilles founded a monastery close by for the Canons Regular of St Augustine. The church of this monastery was in use until 1780 and now forms part of a handball alley.