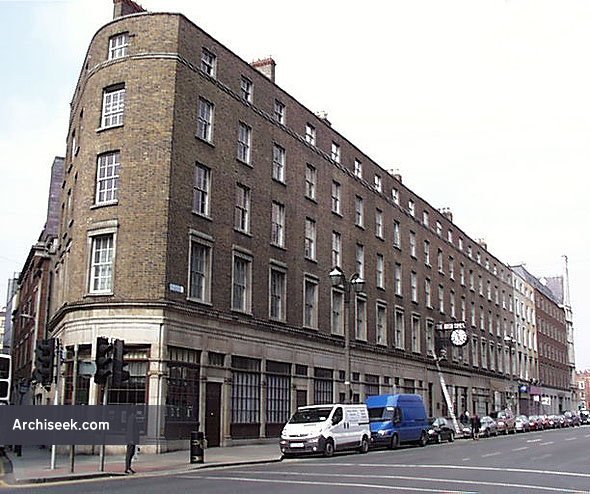 An excellent terrace restored in the 1990s with original shopfronts and much as the Wide Street Commissioners would have seen it after completion. Originally many of the houses of D’Olier Street and Westmoreland Street would have been identical.

The offices of The Irish Times was spread over many buildings and featured a wonderful clock rescued from a building that was been demolished on Westmoreland Street, and a very subtle corner onto Fleet Street. In 2007, the newspaper moved to modern offices on nearby Tara Street, and reloacted the clock once again.