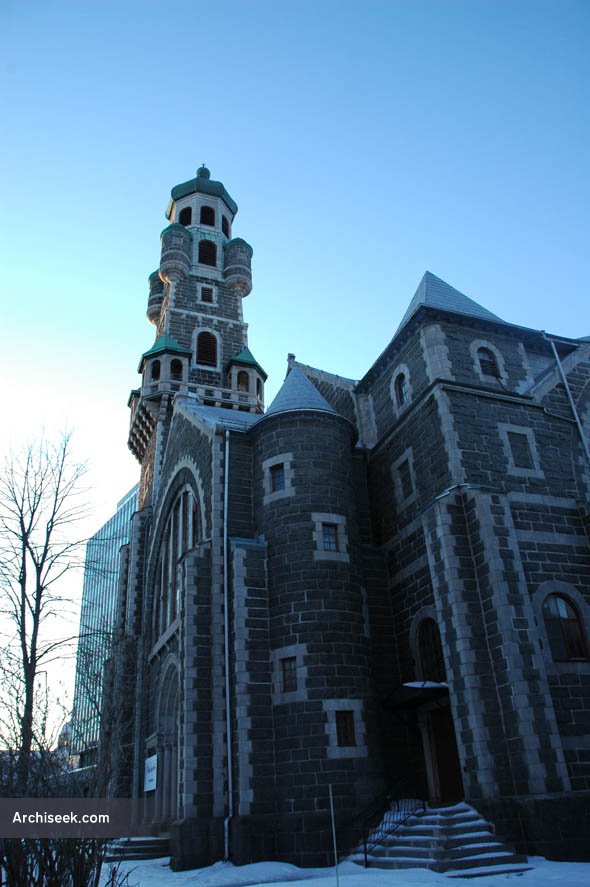 The local priest was a native of Rennes in France, and he commission a Rennes architect Arthur Régnault to design the church. The plans that he sent over to Quebec closely mirror those of Saint Joan of Arc Rennes which was started in 1915. On site, the architect Ludger Robitaille, a recent graduate in architecture from the Ecole Polytechnique de Montreal, had the task of adapting the project site and context. Regnault designed a building with a nave is covered by two spherical domes derived from similar in the west of France.The French churches were inspired by the great monuments of Eastern Christianity (Byzantine architecture), who themselves were modeled on the Basilica of Roman emperors. Closed since 1997.