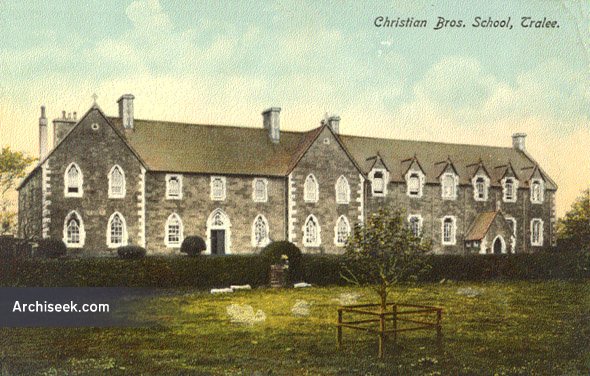 Institutional gothic school and adjoining monastery for the Christian Brothers. This school was implicated in the sexual and physical abuse inquiries into the industrial schools run by the catholic orders. The school was initially a National school which had been founded on the gift of land and money to the Congregation of Christian Brothers by John Mulchinock, a Tralee draper. Later turned into an industrial school by the request of the parish priest and the day school pupils were transferred to another Christian Brothers school in Tralee. Closed in 1970.