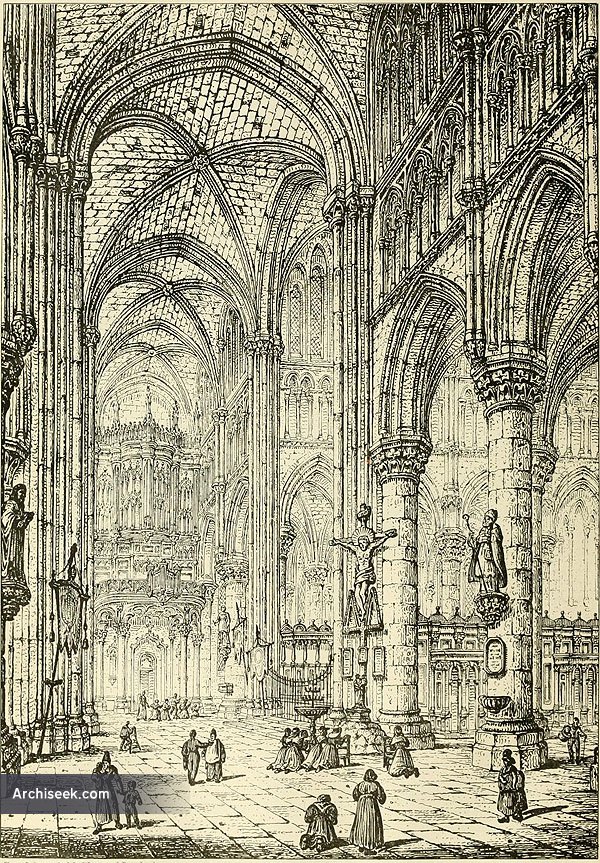 Construction started on the church in 1230, and was finished in 1370. There had previously been a Romanesque church in the area, dating from the 10th or 11th century. It was heavily damaged during the First World War and was rebuilt afterwards, following the original plans, although the tower was rebuilt with a higher spire then in the original version of the building.