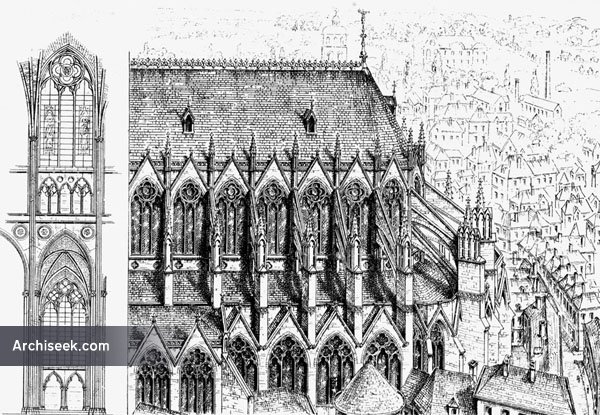 Tournai is considered to be one of the most important cultural sites in Belgium. The mixed Romanesque- and Gothic-style cathedral of Notre Dame de Tournai and the belfry, the oldest in Belgium, have been jointly designated by UNESCO as a World Heritage Site.

Begun in the 12th century on even older foundations, the building combines the work of three design periods with striking effect, the heavy and severe character of the Romanesque nave contrasting remarkably with the Transitional work of the transept and the fully developed Gothic of the choir. The construction of the new choir began in 1242, and ended in 1255. The rest of the cathedral was supposed to be rebuilt in the same style as the choir, but this was never attempted, the only later additions being the western porch, and a large Gothic chapel which was built alongside one of the side aisles, whose original walls and windows disappeared in the process.

Inside the cathedral, the Châsse de Notre-Dame flamande, a beautifully ornate 12th-century reliquary, gives witness to Tournai’s wealth in the Middle Ages. Other places of interest are the 13th-century Scheldt bridge (Pont-des-Trous) and the main square (Grand’Place), as well as several old city gates, historic warehouses, and a variety of museums.