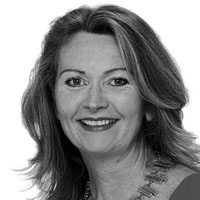 Dublin-born Angela Brady has been elected as next president of the Royal Institute of British Architects. She will be the first Irish person to head this august body when she takes over from outgoing president Ruth Reed in September 2011.

“I am absolutely delighted and honoured,” she said yesterday. “There is a lot of hard work ahead in these difficult times for the profession and the construction industry as a whole, but I have complete confidence in our ability to meet the challenge.”

Ms Brady, who is a graduate of the Dublin Institute of Technology’s school of architecture, will be the 74th president of the institute – a position previously held by Sir Giles Gilbert Scott and Sir Basil Spence. She is the second woman to head the institute.

She defeated Richard Parnaby, professor of architecture at the Bristol-based University of the West of England, and Roger Shrimplin, a Cambridge University-educated architect and town planner with a private practice in Luton, Bedfordshire.