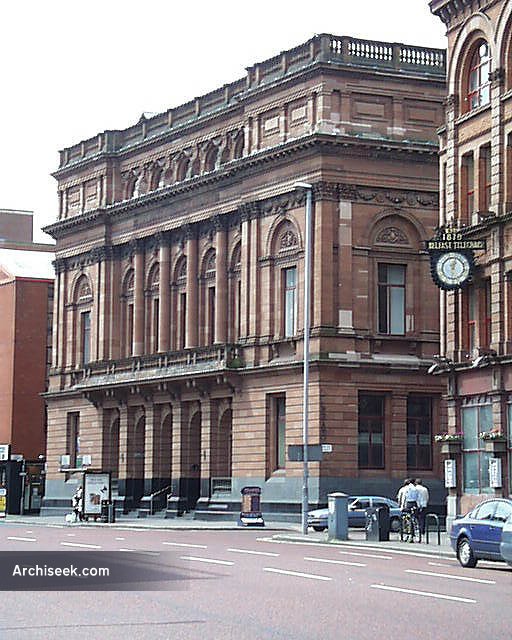 It’s been around since before Belfast was even a city “” and it’s starting to show its age. Belfast Central Library is undergoing a painstaking facelift to counter the rigours of more than 100 years of Northern Ireland weather, city centre pollution and even a certain amount of blast damage dating back to The Troubles.

The library was launched in October 1888 “” just hours before Belfast itself was named a city “” and was built from red sandstone to a design by architect WH Lynne.

But that distinctive red sandstone brought its own problems “” as it was so soft and porous, it began to break down over the years and pieces of stone were beginning to fall into Royal Avenue. In February the scaffolding went up over the front of the library as a major restoration effort to return the Central Library to its former glory got under way.

Libraries NI asset manager Dessie Miskelly said the restoration work, which is being carried out by the Patton Group, is expected to come to a close this November. “The work that is going on at the minute is to restore the exterior which was largely built from sandstone and has deteriorated over time and with the effects of the weather, the urban environment and some small blast damage in the more recent past,” he said.